After months of waiting and many leaks, Samsung has finally officially announced the Samsung Galaxy Note 9.  The leaks have already unveiled the design, hardware specifications, and most of the new software features, but today, Samsung confirmed everything during its Unpacked event in New York. We also know when the phone will be available, the different configurations, what accessories it will have, and finally how much it will cost.

In a nutshell, this device is pretty similar to last year’s Samsung Galaxy Note 8, besides some hardware upgrades, a major camera upgrade, and the new S Pen. With the new Qualcomm Snapdragon 845 or Exynos 9810, you can expect around 30% faster performance compared to last year’s Qualcomm Snapdragon 835 or the Exynos 8895. With the new variable f/1.5 and f/2.4 aperture camera, the camera will take great shots in both good and poor lighting conditions. It will also have the same 2x optical zoom telephoto lens at f/2.4. Launching with Android 8.1 Oreo, the phone will offer the best of Google’s software features, such as picture-in-picture mode, support for the Autofill API, notification channels, snoozing, stricter background apps, and service limitations for better battery life and memory usage. 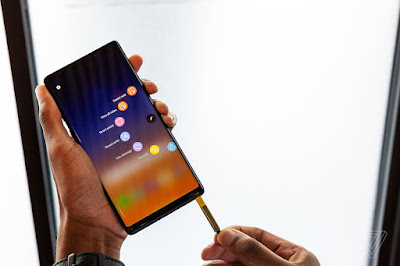 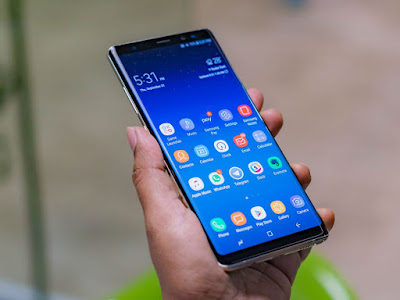 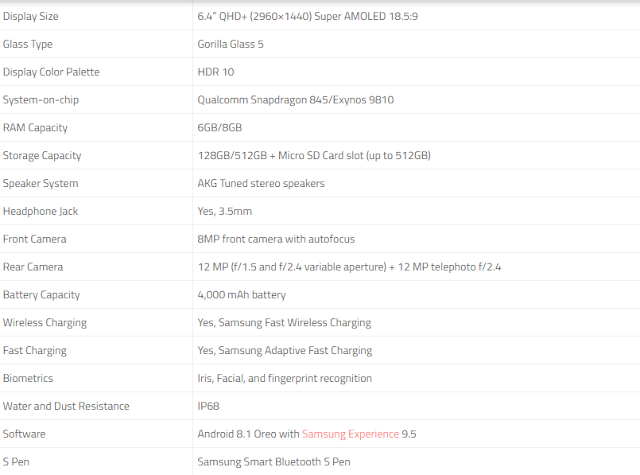 The specifications have been known for the past couple of months thanks to multiple leaks. They are what you would expect with a premium late 2018 flagship. The display remains largely the same with a QHD+ Super AMOLED panel, 128GB base storage expandable via micro-SDHC, 6GB of RAM, and a huge 4,000 mAh battery with Samsung’s Adaptive Fast Charging technology, as well as Qi wireless charging. The Iris scanner and facial recognition are also present. Samsung has chosen to add Intelligent Scan to this device again. Intelligent Scan uses both Iris scanning and facial recognition depending on the conditions. The rear-facing fingerprint sensor also returns, as Samsung had scrapped its plans for an in-display fingerprint sensor awhile back. Love it or hate it, the Bixby button is here to stay on the Samsung Galaxy flagships, but this time it includes Bixby 2.0. Of course, we can’t forget the new smart S Pen with Bluetooth support, which we will get into more below. Finally, IP68 dust and water resistance are also present in the new model, just as last year’s model met the same standard.

Samsung has also opted to keep the 3.5mm headphone jack, something which many other companies like Apple, Google, and HTC have all decided to remove in favor of audio through the USB-C port. Samsung also upgraded their speakers with AKG-tuned stereo speakers. The bottom firing speaker and the earpiece speaker comprise the dual speaker setup, and they also support Dolby Atmos audio enhancements. Overall, the speakers on the Samsung Galaxy Note 9 should be louder and sound better than the current mono speaker on the Galaxy Note 8.

Samsung has been focusing on the camera, and the upgrades they’ve presented are proof of that. The Galaxy Note 9 is using Samsung’s variable aperture technology. This will allow the camera to intelligently switch between an aperture better for daytime shots, f/2.4, an aperture better for low light and night time shots, and f/1.5. Doing so also helps reduce noise in low light pictures, which is currently a problem with many smartphone cameras. It also has a 2x zoom telephoto lens at f/2.4. It uses a 12MP sensor just like the main variable aperture one. The phone also has AI scene detection like the LG G7 ThinQ and Honor 10. It will use AI to detect the scene and change aspects of it for a better picture. 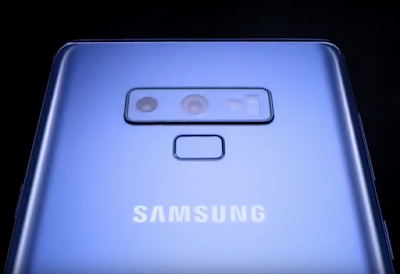 The Galaxy Note 9 also has AR Emoji. These are Samsung’s creepy 3D facial expression tracking things that are included in the Samsung Galaxy S9/S9+ along with the Note 9. Samsung has updated them with better customization options for making the emojis look more like you. This was after the widespread complaints about how terrible and creepy AR Emojis look. Samsung didn’t update their algorithm used for tracking facial expressions though, which is what needed an update the most.

The camera also now has Super Slow Motion which is a 960fps slow-motion burst at 720p resolution. This will be great for slow-motion video as this is far slower than currently available on the Galaxy Note 8.

With the Galaxy Note 9, Samsung is unveiling Bixby 2.0, an upgrade to their Bixby Virtual Assistant. Bixby 2.0 is a lot more conversational. You can put more information in a single command like you would if you were talking to a real person. And you don’t have to repeat information from previous commands in the conversation, which is something Google Assistant can do.

Bixby also is smart enough to know more about you now. If you ask for restaurants in an area, it will put places you are more likely to enjoy at the top. Bixby can also fill in reservation information now, but it won’t make a call for you like Google Duplex. In general, Bixby is able to work with more apps now. Even if those apps are not installed on the phone.

Samsung is making DeX a lot easier to use with the Galaxy Note 9. You no longer need a dock or USB hub to jump into the DeX interface. All you need is an adapter to connect an HDMI cable to the USB Type-C port. You can plug the phone into any display and use the phone as a trackpad and keyboard.

The S Pen software was also revamped to include a lot more features. This includes the new Live Drawings that includes new backgrounds, AR Emoji support, and new brush styles.

Samsung is also launching their usual array of cases with the Galaxy Note 9. There will be the clear view case, LED case, and protective standing case. The clear view case allows for you to have the Always On Display show through the flipping front of the case. The LED case has a customizable LED grid on the front that you can set to different options. The last case is a military grade case with a kickstand on the back. The flip view case comes in blue, black, brown, and purple. The LED case comes in blue and gray. The protective standing case comes in gray and black.

In the United States, pre-orders will begin on August 10th at 12:01 am EST. AT&T, Sprint, T-Mobile, U.S. Cellular, Verizon Wireless, and Xfinity Mobile will be carrying the devices in stores starting August 24th, as will Best Buy retail and online, Amazon, Costco, Sam’s Club, Target, and Walmart. At launch, it will be available in Blue and Pink. The 512GB model will only be available at “select” retail locations and online.

If you pre-order the device before August 23rd you can choose free AKG noise-canceling headphones or the Fortnite Galaxy skin with 15,000 V-bucks, or get both for $99.